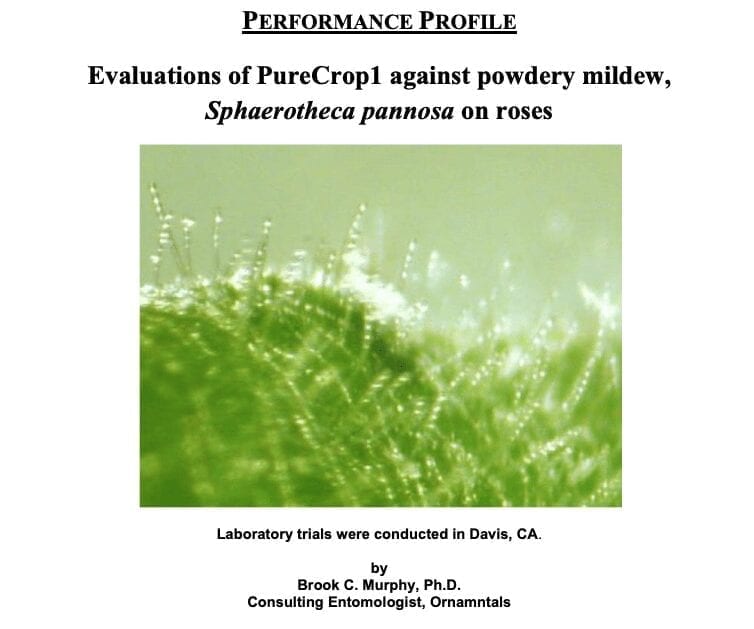 "...the results of the trial clearly demonstrated that PureCrop1 could be used as an effective fungicide for Sphaerotheca pannosa control on roses and can perform as well or better than a leading commercial fungicide."​ 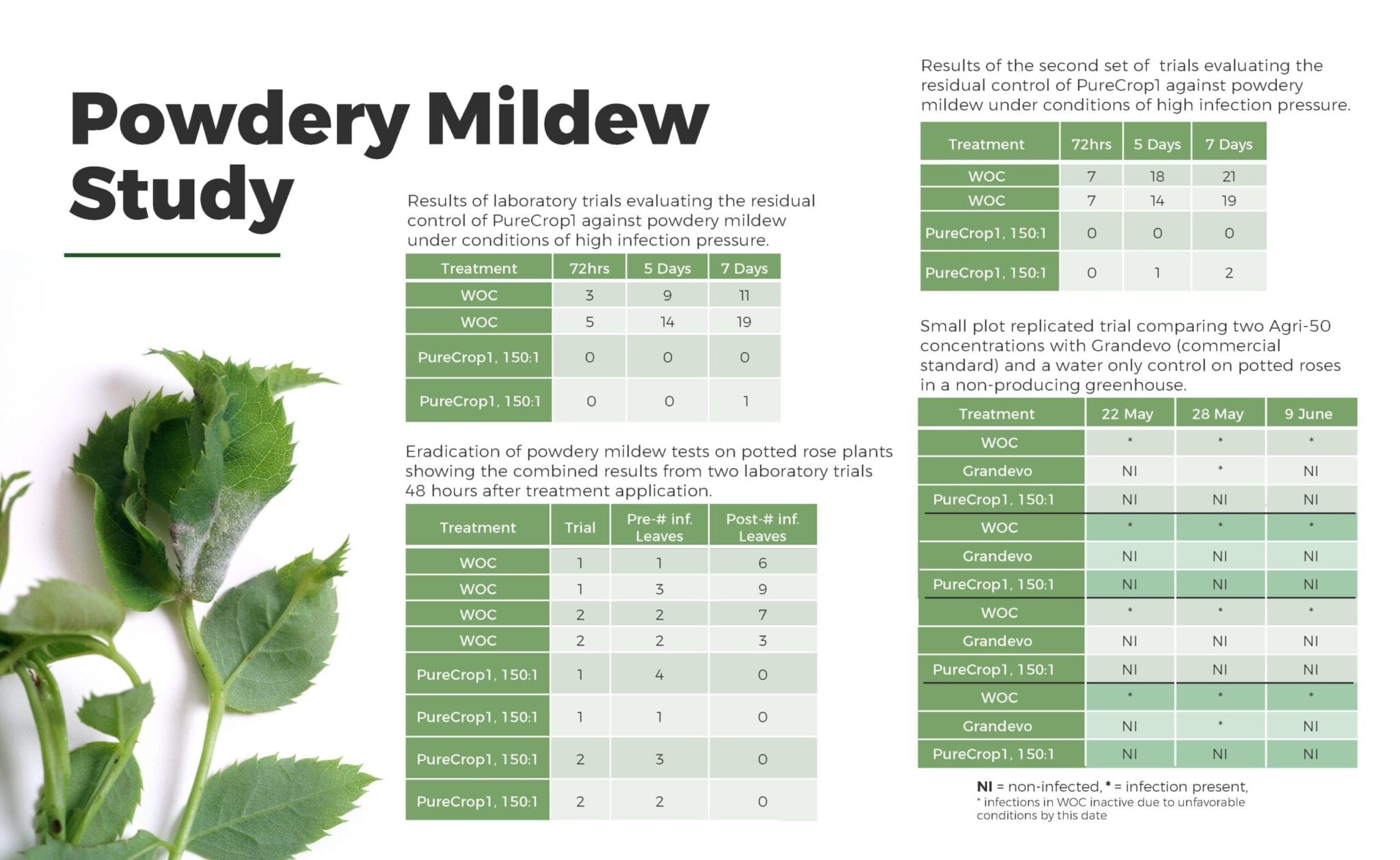